An access floor system is an elevated or “raised” floor area upon another floor (typically a concrete slab in a building) creating an interstitial space for service distribution. It consists of modular floor panels that are designed to be removable from their support so that “access” to services is quickly and easily achieved. These services may include but are not limited to electric power, data, plumbing, telecom, environmental control, air conditioning, fire detection suppression, security, etc.

As it pertains at access floors, air leakage is defined as the passage of air from an underfloor air cavity through elements other than the designed air outlet devices. Leakage typically falls into two categories: 1) leakage in the air cavity under the floor due to construction quality, and 2) leakage through floor panel seams and other non-air outlet devices.

A vertical load (or force) whose line of action passes through the center of the member’s cross sectional area and is perpendicular to the plane of the section such that no bending or torsion moments are produced. This is the load that is typically specified when referring to the axial load performance of an access floor pedestal support.

Deformation is defined as the act of distorting or changing the shape or dimensions of a structural element or body resulting from forces or stresses. Beam deformation as related to access floors is generally the term used when referring to the permanent set of the entire span of the access floor panel after application of a rolling load and is determined by measuring the overall flatness of the access floor panel before and after the application of the load.

A single load or force that has a small contact area as to be negligible compared with the entire surface area of the supporting member. Concentrated loads (sometimes referred to as static loads) are typically imposed by stationary furniture and equipment with legs. A concentrated load is applied to the surface of the panel (1″x 1″ square or 1.128″ diameter indentor) (25.4 mm x 25.4 mm square or 28.65 mm diameter) resulting in deflection and permanent set. Concentrated load rating is specified in pounds force applied over a one square inch (645 mm2) area.

The load expected to be imposed on the floor system in service. The access floor concentrated load rating is not the safe working load or design load for the floor system.

Loads that vary significantly with time as measurements are being made. Two dynamic loads are generally referred to: rolling loads and impact loads.

Impact loads are caused by objects being accidentally dropped onto an access floor. These loads are defined by the weight of the load, height, or distance dropped, impact area, and hardness/softness of the object. Impact loads generate severe shocks that can cause structural and panel damage. Impact loads most often occur during construction, move-in, and equipment/furniture rearrangements.

A live load is produced by the use or occupancy of the building. This does not include construction, environmental, seismic, or access floor dead loads. The live load should not be confused with the uniform load capacity of an access floor.

Overturning moment is the term generally used to refer to the capacity of the floor pedestal attached to a supporting floor to withstand tip over forces generated by the application of a lateral force applied to the top of a moment arm. Overturning moment capacity is calculated by multiplying the lateral force by the height at which the force is applied.

Modular and removable structural floor element or elements designed to rest on separate or integral elevated supports that may be used as an interstitial space for distribution of building services (wire, cable, air, etc.).

A material that is deflected so far that its elastic properties have been exceeded and it does not return to its original condition upon release of load is said to have taken a “permanent set.”

Rolling loads are dynamic loads typically imposed by equipment on wheels moving across the access floor.

The term stanchion is sometimes used to describe an access floor pedestal.

Static load is defined as a force that does not undergo a change in magnitude or direction during a measurement procedure. Three static loads are generally referred to: concentrated, ultimate and uniform loads.

A stringer is a structural element used to connect access floor pedestals together, thus providing lateral stability to the system and floor supports.

Uniform load is a static force applied equally over the entire area of an access panel and is typically imposed by stationary furniture, equipment without legs, boxes, pallets, etc. The uniform load rating is specified in pounds per square foot or Newtons per square meter.

The greatest applied vertical static force(s) beyond which additional deflection is achieved without additional load or resistance. 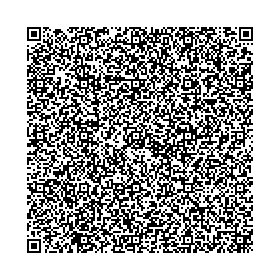